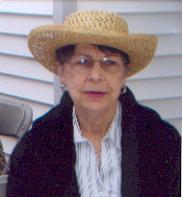 Val Parks is a New Westminster poet and artist who began writing creative nonfiction and poetry when she was fifteen. Since then she has been an active member of literary and cultural communities in New Westminster.

Val is a senior member of New West Writers group who has played an important role in developing it over the past ten years. She has served the group through various creative and administrative roles. At this time, Val is the Treasurer of New West writers group.

Val’s work features in two of the three anthologies presented by New West Writers group. Her poems have appeared in various journals and publications including ‘Pioneer News’ and ‘Tickled by Thunder’. She is passionate about art, and creates beautiful black and white line drawings.

Val has published three collections of poetry. The most recent ‘Wisdom of a Thousand Fools’ is being launched Dec 4 and 9. Earlier this year, valerie had launched her second collection ‘Pathways’. Her first collection of poetry is a chapbook titled ‘Walking Along the Quay’ that contains Val’s poems, drawings and photos of and about Westminster Quay.

To order a copy, send an email message to Val at vjspark@shaw.ca

View some of Val’s writings on this blog:
‘Pebbles’, a poem

This site uses Akismet to reduce spam. Learn how your comment data is processed.